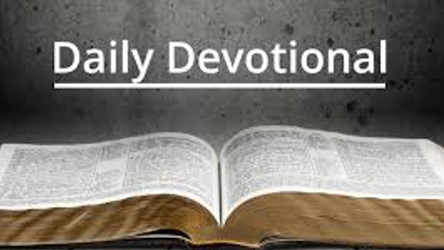 “He went to Nazareth, where he had been brought up, and on the Sabbath day he went into the synagogue, as was his custom. And he stood up to read. The scroll of the prophet Isaiah was handed to him. Unrolling it, he found the place where it is written: ‘The Spirit of the Lord is on me, because he has anointed me to preach good news to the poor. He has sent me to proclaim freedom for the prisoners and recovery of sight for the blind, to release the oppressed, to proclaim the year of the Lord’s favor.’ Then he rolled up the scroll, gave it back to the attendant and sat down. The eyes of everyone in the synagogue were fastened on him, and he began by saying to them, ‘Today this scripture is fulfilled in your hearing.’” (Luke 4:16–21, NIV84)

Now here is a bold statement, “Today this scripture is fulfilled in your hearing.” The scripture Jesus referred to was a messianic prophecy from the book of Isaiah. I believe the book of Isaiah has more messianic prophecies than any other book of the Bible. On the day that Jesus read this text in the synagogue he grew up in, he made the bold claim that He was more than a great teacher or prophet — He was, in fact, the Messiah. He was not just another prophet pointing to the truth, but He claimed to BE the truth. To claim to be the fulfillment of one messianic prophecy is to be the fulfillment of all of them. And so, Jesus inaugurated the beginning of His ministry by reading this beautiful text from Isaiah 61 and telling the crowd that the fulfillment of the text begins now. Jesus was telling them all, “I am the Messiah!”

So what does the ministry of the Messiah look like? The prophecy says that He would be filled with the Holy Spirit. Well we know that Jesus had the Holy Spirit descend on Him in his baptism. We know that when He taught, the crowds were always amazed because He taught the truth with authority and power. So in His teaching He fulfilled the section of the prophecy that says he would “preach good news to the poor.” Jesus continually taught in synagogues, street corners and hillsides to anyone who would listen. The Gospels tell us that people would travel from all over to hear Him teach. As Jesus taught, the rest of Isaiah’s prophecy quickly came to fulfillment. He set free those who were captive to the lies of this world. He released people from their shame and guilt. He restored sight to the physically and spiritually blind. He released anyone who would listen from the oppression of sin and guilt. Even a cursory look at the Gospels reveals that Jesus in fact fulfilled this prophecy as He touched the lives of the people that He met during His ministry.

But what about us? We weren’t there. How can we benefit from His ministry? I turn you to the last words of this prophecy, “to proclaim the year of the Lord’s favor.” Those words are for you and for me. The year of the Lord’s favor was when all debts would be cancelled and all would be set free. Jesus accomplished that for all humanity in His death on the cross. Jesus bore the sins of the whole world that He might set us free as well. His death and resurrection are the ultimate fulfillment of this messianic text.

Today, may we live in the freedom that Jesus won for us as our Messiah and Savior.