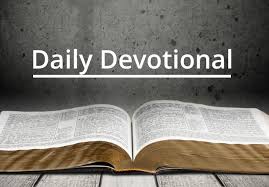 “While a large crowd was gathering and people were coming to Jesus from town after town, he told this parable: ‘A farmer went out to sow his seed. As he was scattering the seed, some fell along the path; it was trampled on, and the birds of the air ate it up. Some fell on rock, and when it came up, the plants withered because they had no moisture. Other seed fell among thorns, which grew up with it and choked the plants. Still other seed fell on good soil. It came up and yielded a crop, a hundred times more than was sown.’ When he said this, he called out, ‘He who has ears to hear, let him hear.’” (Luke 8:4–8, NIV84)

“He who has ears to hear, let him hear.” What an interesting statement. Jesus was making a distinction where I think many of us fail to. He was saying that many have ears, and many hear something being said, but not everyone hears the same thing. How is this possible that if you and I have ears, and we hear the same words, we each hear something different? I think it has something to do with our preconceived notions and our willingness to listen to something with an open mind. What a mistake that someone would hear Jesus but not really hear and understand what He said.

With that as a backdrop, think about Jesus’ parable. The Sower (God) sows seed everywhere. He sows on good ground, pathways, along roadways and along the hedges and fences. Although He sows the seed everywhere, it doesn’t grow anywhere except the good ground. It is the same Sower, the same seed, and the same potential for growth. But growth only occurs on ground ready to receive the seed. On any given Sunday, we who attend a worship service hear the same message but might not truly hear the same message. “He who has ears to hear, let him hear” is what Jesus wants to say to us all.

As the Christian Church, what can we learn from this parable? First, we need to follow Jesus’ example and preach the Word of God to any and all who will listen. It is not our job to judge what ground we are sowing seeds on. It is our job to be faithful to preach the Word. It is God’s job to work on the soil. Second, we need to know that God is in charge of the harvest. It is His Word that is planted. It is into the hearts of His children that the word is sown. It is the Holy Spirit who does the rest of the work.

We need to pray that the Lord would prepare the hearts and minds of our society to be open enough to hear the Word as it is intended.

You can leave a reply or Trackback this post.